Resolving the Issue of Resolutions

res·o·lu·tion / rezəˈlo͞oSH(ə)n/ noun: 1. a firm decision to do or not to do something.

By sheer definition a resolution is almost certainly a date with defeat.   A firm decision to do or not do something—there’s no leeway…you’re either going to do it or not.   We all have resolve in the beginning, fired by the start of a New Year and dedication to achieve the goal.   Then life gets in the way and it’s not long before an absolute becomes a solid maybe. So, we’re a few weeks into 2019 and for those of you who make resolutions, how’s it going?  For those of you who don’t, why not?

According to research by the University of Scranton, roughly 8 per cent of resolutions are kept, most but are a distant memory by the second week of February.  To put a positive spin on it, way to go resolution-makers! In spite of the fact that you fail year after year, you have been successful in your firm decision each January to make a resolution.  For the rest of you, high-five for recognizing that it’s likely that you will quit before you’re done and rather than go through the whole exercise you say “f@#k it”. 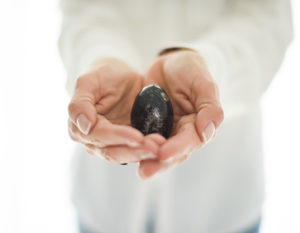 I fall into the latter category…no resolutions for me.   Why don’t I make resolutions? Simple. Failure leaves me feeling sad, frustrated, and disappointed in myself.  There are physiological repercussions as well when things don’t pan out repeatedly. The body releases the hormone, cortisol to counteract the stress response associated with missteps.  An excess of this hormone can cause sleeplessness, inflammation, acne, weight gain, loss of sexual arousal and affect short term memory just for starters. It also explains why the first thing I reach for in those moments is anything sweet.   Over time our neural pathways are altered, predisposing our brains to be in a constant state of fight or flight. In simple terms,

We begin to suffer from anxiety, depression, some are plagued with shame around another disappointment and what others will think. This can become a vicious cycle—the more we fail, the more severe the symptoms, the less likely it is we will try something new for fear of failing once again.  The good news is there is a kinder, gentler way to set goals that isn’t fraught with failure and recrimination.

Enter, INTENTION.  Defined in the dictionary as “an idea or plan of what you are going to do”.  There are no constraints and only a loose framework around the means to reach the goal…it allows for setbacks, a change in direction or even a decision to no longer pursue the goal.  It permits us to treat ourselves in a loving way. Devoid of that voice from the past, harshly reminding us of a path littered with abandoned goals and poor decisions.

Personally, I hated that recording in my head, it triggered anxiety attacks and was the root of my “stuck-ness”.  My usual pattern during an episode was to try and fight against it, to say unkind things to myself “you’re stupid” or “suck it up” sound familiar?  Not only did this not stop the panicked sensations in my body, but it magnified them. My brain was so wired to anticipate obstacles that even a small challenge resulted in the fight or flight response.  So, when I would make a resolution at New Year’s to, let’s say, eat clean and get in shape, inevitably one slip would turn into a binge because the bad feelings around the fail would be enough for my brain to engage the stress response.  The release of cortisol prevented me from taking the pause and seeing the stumble as just that, a stumble. Instead, my mind/body connection misidentified the need for more sugar to counteract the hormones coursing through my system; “f@#k it”…end of resolution.

As I began to practice tantric and then vinyasa yoga, I began to understand the concept of Intention.    It allows for redirection; the brain doesn’t experience repetitive failure. Slowly, the accumulation of successes results in a reduction in the frequency of the stress response and over time we change the connectivity of the brain so that it is seeks the “win” more readily than the “fail”.   But what I love most about an intention is that I can set one whenever I like, I can have more than one, they can be interrelated and they can be big or small. They can be flexible and forgiving. It’s like a contract you make with yourself to do something kind for your body and your life.

So why not set an Intention to let LOVE Flourish in 2019!